I don’t want to point fingers, but there is a whole buffet of really horrible feeding advice out there. Like this one. From a doctor:

“Do not expect a toddler to sit down and eat a full meal three times a day. Instead, keep out a plate of finger foods (healthy ones) on his table. Let him graze on and off throughout the day.”

Oy vey! These are children, not house pets. I leave a bowl of food out for the cat to graze throughout the day. I think the kids I mind while their parents are at work deserve a bit more of my attention that just tossing out a handy tray of veggie sticks.

I’ve switched up the feeding dynamic at the daycare to the Division of Responsibility. I have a variety of different eating challenges to keep in mind. There’s a pair of year old toddlers, one with a dairy and peanut allergy, a two year old with an egg and walnut allergy, and a three year old who would just prefer it if every meal was a peanut butter sandwich. Offering a buffet style meal doesn’t really work well for me with children this young and food allergies to consider, but we can all still enjoy a no pressure feeding atmosphere that respects everyone’s eating ability.

Today for lunch, I served spaghetti noodles tossed in tomato and meat sauce, some slices of baked chicken breast, and a banana with a choice of milk or orange juice to drink. The older two sit at a table and I serve their food on Mickey Mouse plates. I placed bite size pieces of chicken on one ear, an unpeeled banana on the other and the spaghetti laid on the circle that would be Mickey’s face. 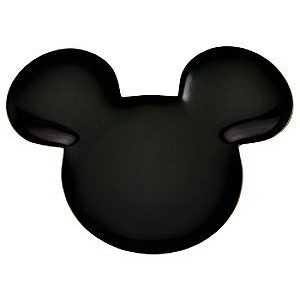 I had just set up the same fare on feeding trays for the younger two and was just sitting down to join the meal in progress when, after eating a single noodle, Mr. PB Sandwich exclaims, “I’m full!”

A single spaghetti noodle. I have a sneaking suspicion that I’m full, is a creative, face-saving way of saying, I don’t want to eat this. Whichever is the case, he is well behaved at the table and he trusts this process enough to know that he won’t be pressured to eat more than he wants, or anything he isn’t comfortable with. He will usually eat pasta, just not today.

I need to be careful here. How I point out that there is food other than spaghetti can easily turn into pressure. I could ask him to take another bite of spaghetti. I could tell him he has to eat a certain amount before he gets dessert.  But I won’t.  All he needs to know is it’s his job to choose how much he wants to eat from what I have provided.

“There’s also chicken, banana and some juice, if you want it.”

No thank you would be an acceptable answer, but half a banana and half a cup of orange juice later, he decides he has just enough room left for a cookie before asking to be excused from the table. He can have more of anything I’ve offered, if he wants, but he doesn’t. The chicken was never touched, and that’s absolutely okay.

One noodle, half a banana, half a cup of orange juice and a cookie.  It doesn’t sound like a lot food for an active three year old, but there will be another opportunity to eat in about two-and-a-half hours. Judging by the smile on his face as he happily plays with a favourite truck while waiting for the others to finish eating, I know he didn’t leave the table hungry. I also know that he enjoyed his lunch, even though the meal included something he didn’t like, or just wasn’t in the mood to eat today.

Two-and-a-half hours later, Mr. PB Sandwich devoured several strawberries, some pieces of honey dew melon, multiple blueberries and two slices of watermelon in addition to half an apple turnover, some crackers with peanut butter, a piece of cheese and another half cup of orange juice. Again, he ate until he wasn’t interested in eating anymore and the urge to play outside in the warm spring sunshine could be resisted no longer.

Today, we learned that eating is not about how many calories are consumed or counting how many servings of meat and veggies are eaten. Today we learned to choose what we want from what’s offered and that a three-year-old’s appetite is absolutely unpredictable. Most importantly, we learned that a child of any age really can be expected to sit down to a meal and trusted with eating.