There was a time when cheese was known as That-Thing-Which-Shall-Not-Be-Named in the presence of TJ. I would mix cottage cheese (shhh) into his smoothies (he added it), but because he couldn’t read the words on the packaging, it was easy to boost the protein and fat content without bringing a lot of attention to what exactly the ingredients were.

The mere mention of the word “cheese” caused a lot of stress nobody benefited from. Cheese went by other names. “Nothing” pizza, cottage cheese was known as “smoothie pudding”… Cheese was the elephant in the kitchen that we just didn’t talk about for a really long time.

And then one day it slipped. Somewhere along the way, he learned that the ‘nothing’ on the pizza was indeed ‘cheese’.  (Oh dear gracious keeper of accepted food, please don’t take pizza away!!) I held my tongue (and my breath) while he attempted to avoid the cheese on his pizza. He peeled and picked it off, and I said nothing. He ate some with the cheese on, and I said nothing. For a few months, he pondered the ramifications of cheese on his pizza and whether this was something he would embrace or eliminate. I watched all of it, white knuckling permanent grooves into my dining room chair, and made absolutely no comment about how much of the pizza he ate or how he chose to eat it.

Once pizza made its way back into the accepted-without-question category and he had developed a level of comfort with cheese – enough to consider it food, I started to notice a little something in TJ that hadn’t been present in him around food before. There was this look about him… the same sort of look you see in someone who has just returned from the summit of Everest. The monster we dine with was battle weary and replaced with a tangible sense of accomplishment.

When the mozzarella on his pizza changed to provolone, he immediately welcomed the difference. Just recently, on a trip to the grocery store, he spotted a piece of blueberry cheesecake. “Cheese? In a cake? Can I try it?” The dessert was barely paid for when I (and the entire grocery store) heard the verdict. “This is the BEST CAKE EVER!!”

Mozzarella, provolone and now cheesecake. Last week I asked him if he wanted to try cheese on his pizza sub (bread and pasta sauce, toasted).

What… wait? Where is the disgust, the oh-hell-no rejection? I just said ‘cheese’ in reference to food he will soon be eating … and he is totally fine with this. Stay calm. Keep it together, mama.

“I have lots of different kinds of cheese. Which one should we use, the orange kind or the white like the cheese on your pizza?”

Bravely going where no orange cheese has gone before, I added thin slices of cheddar to his pizza sub and served it with dinner. He ate 3/4 of the 12″ sandwich before finally deciding cheese made his sandwich different. The jury is still out if different is a good thing or not.

Here in the feeding trenches, there are various therapeutic approaches to feeding. Two of the most popular are Sequential Oral Sensory (SOS) and Food Chaining. Both of these therapies, in the hands of a competent therapist, are good approaches. Here in the Hostage household, we use elements of both, revised to remove any hints of a feeding agenda.

Sequential Oral Sensory is a progressive desensitization strategy to move child and target food closer together. We effectively achieve the same with no-pressure meals that focus on building trust rather than dietary variety. TJ gets lots of neutral exposure to a wide variety of food. I do not ask him to interact with any of it (anymore). He can look at what he wants, he can get acquainted with various smells, and he is welcome to get as close to any of it as he chooses. When he decided (not me – him) to explore cheese, I did not applaud, cheer, or otherwise praise him for being brave. He did not get a toy, stickers, or any kind of reward for being curious. Tasting cheddar was entirely TJs idea and the reward for his effort is discovering something delicious. Food that doesn’t taste good is a simply a learning experience.

SOS is more useful to me as a way to gauge how comfortable TJ is around certain foods, and where he is most likely to branch out into new territory. He willingly exposes himself to new foods all the time. It’s when he has equal parts of feeling comfortable, courageous and curious, that he will try something of interest to him. There is no possible way I can predict the alignment of all these variables. All I can do is provide eating opportunities and trust TJ to push himself along at a pace that is right for him.

Food Chaining is introducing new food that has similar sensory characteristics to what the child already accepts. From the book, I was only able to understand the most basic overview. There are courses that are very inconvenient for me to get to and after watching TJ, I realized he does a much better job guiding his own eating that I could ever encourage him to do.

The chain looks like this: mozzarella cheese pizza –> provolone cheese pizza –> pasta sauce on a bun –> cheddar cheese with pasta sauce on a bun… or something logical like that. Earlier this year, TJ decided to try mint chocolate chip ice-cream. The next day he was eating chives from my garden. I don’t know how that math works, other than both are shades of green. Perhaps the ice-cream planted the seed that green things are safe to eat? Who knows!! TJ often makes connections and chains with food that make sense to him that would never occur to me.

Lately, TJ has been imitating behaviours around how we eat different foods and mix them together. For example, while my husband, daughter and I wrap tortillas around meat, vegetables and cheese, he started wrapping a pancake around french fries. When I made crepes out of a recipe for zucchini pancakes, TJ led the charge wrapping up strawberries, blueberries and bananas. Taco night now has a combination of both crepes and tortillas. For me, it’s a combination of dessert with the main meal. For TJ, it’s an opportunity to feel normal around food and experiment with different textures. 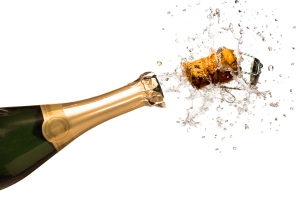 TJ is doing impressively well with food, but as I look to a bright nutritional future for him and for our family, I don’t dare forget the place of fear and anxiety we’ve come from. TJ didn’t get to this level of food acceptance with an agenda to eat certain foods, or with stickers, or with rewards, or with praise or punishment. We didn’t get here with by talking about nutrition, or by restricting access to ‘junk’ food, or by insisting on eating only ‘healthy’ food.

We got here together with trust and by following a division of responsibility with feeding. The path ahead is long, but at least I know we are going the right way.