If you think selective eating and food avoidance are new catch-phrases turned eating disorder, think again. Selective eating has been around at least since I was a kid being raised by a baby boomer. You may be old enough to remember the marketing campaign for Quaker’s Life Cereal. “Let’s get Mikey. He won’t eat it. He hates everything.” 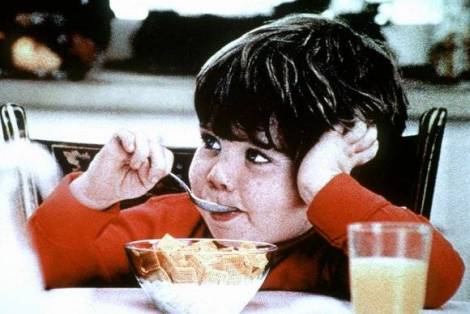 There’s one. There had to be a whole lot more if Quaker sought the appeal of an audience who knew the triumph of getting a child who “hates everything” to eat their cereal. That was the era of clean your plate and don’t complain. There were very few parents and even less physicians who thought that there might be more to it.

The medical community has made some strides since then. Modern medicine is a logical, investigative process of ruling out what “it” isn’t before concluding what “it” might possibly be. “It”, in our case is still not anything officially recognized by the medical community and I need to remind myself often that regardless of education or expertise, we are all learning what to do with the “it” my son, TJ deals with daily.

There are many reasons for selective eating habits. These can include sensory issues with texture, taste and/or smell, the result of keenly acute senses, or sensory information that doesn’t register properly. There are physical inabilities to break food down by chewing, difficulty swallowing, gastrointestinal and digestive problems. Allergies can put limits on what is comfortable or even safe to eat. Anxiety and phobias make food just plain terrifying. The selective eater may have one, some, or all of these factors to blame for their limited diet.

Knowing what causes the dietary restriction determines what treatment, if available, should be sought.

We have been on a quest to rule out what isn’t the cause of my son’s limited diet. An allergist and a dietitian are beneficial allies to prepare a diet that meets nutritional requirements while avoiding items that might trigger an allergic reaction. The allergist we saw felt it wasn’t worthwhile, nor would it be fair to TJ to conduct food allergy testing. There are no symptoms that suggest any of what is safe to eat is causing even a minor reaction. I inquired about the possibility of a gluten sensitivity, but again, there are no symptoms that would suggest gluten, or anything else in TJ’s diet is of any concern.

An occupational therapist is knowledgeable in working with sensory challenges and identifying what senses trigger food aversions. For our meeting, were asked to bring a selection of safe and refused food with different textures. The crunchy textures included raw carrots, which we’ve had no success with except pureed with yams, and garlic bagel chips, a favourite since teeth first appeared. Soft textures included pasta, tried and failed since it was first introduced, and strawberries, a diet staple. I also brought the pumpkin mini muffins, some gummy vitamins and cheddar cheese.

The OT put a selection of food on a plate and asked about each item as it was eaten or pushed aside and why it is liked or disliked. The bagel chips are liked because they are crunchy. The carrots are hated because they are crunchy. The OT was able to get TJ to pretend a carrot was lip balm and rub it on his lips. He wasn’t at all interested in pretending to brush his teeth with it. The strawberries disappeared faster than they could be discussed, while the sight of pasta still sealed in the container almost triggered a panic attack. The gummy vitamins were accepted, the cheese was politely refused. When the OT asked if melted cheese is on his pizza, TJ vehemently objected to such a preposterous idea. Thankfully, the OT was quick to change the subject. I explained that we call it “nothing” pizza. We are just starting to very gently refer to it as “cheese” pizza, which also runs a high risk of refusal, even though they are the exact same thing.

It was concluded that occupational therapy is not what we need to overcome TJ’s restrictive eating. He scored in the typical range for everything except taste and smell, where he was “Definitely Different”. Otherwise, he chews and swallows anything he wants to eat properly. Why he chooses particular foods over others, according to the OT, is an enigma.

There is no history of reflux, abdominal pain, or any medical reason to suggest a physical cause. That leaves us with what I have suspected all along, and the million dollar question remains.

Is it possible to help my son overcome his phobia of food?

I went back to our family doctor, mostly to express my indignation that he has claimed TJ’s weight as “normal” while his wiry frame becomes progressively thinner. I admit, it frightens me knowing that every inch in height claims an ounce from his weight. I brought up the WHO growth charts for children and the fact that my boy’s BMI numbers are headed in the wrong direction.

“Oh,” retorts the doctor, “those aren’t accurate for children.”

Maybe that makes sense if I stare at you sideways.

Who am I to argue with a physician? The World Health Organization claims that the new charts allow healthcare providers to identify children “in the process of becoming under- or over-nourished” without having to wait for their growth to cross an attained threshold. But what do I know? I’m not a doctor monitoring my patient annually.

I am just a mother who sees the effect that selective eating and weight loss has on my son. Every. Single. Day.

I’m not deterred by the grandeur. “So, wouldn’t height be a factor in determining the proper weight for a child? A six year old child who weighs 40lbs is going to be a different shape depending on how tall he is. At 36″ tall, he would be considered overweight, healthy at 42″ and underweight at 48″. How accurate can a chart be that determines weight solely based on age?”

“And, by the way,” I continue with agitation, “you told me he would grow out of this ‘picky eating phase’. When, exactly, is that going to start happening?”

The doctor couldn’t answer that one either. I wouldn’t be at all surprised if the kids’ annual check-up is measured on the WHO charts next year. Despite my aggravated tone, the meeting ended on a positive note with the results of TJ’s latest blood tests.

Two months ago, TJ’s iron measured at 112g/dL. The most recent blood test shows iron is now at 118g/dL. It should be 120, but we’re certainly closer to that ideal number than we used to be. At least one number is headed in the right direction. (Yay!) Other than being underweight, TJ is currently in good health.

We are currently waiting for the intake phone call from CHAD (CHild and ADolescent in-patient unit for acute psychiatric symptoms) at the local hospital, and the one that will finally address the anxiety and phobia component that limits TJ’s diet. I don’t know what to expect. Will CHAD draw its persuasive anti-anxiety broadsword and strike our mealtime monster down?

Don’t forget to vote for Mealtime Hostage in Circle of Mom’s Top 25. Look for the yellow plate. You can vote everyday until October 11.

One response to “A Word About Selective Eating”