If you’re a geek like me, you’ve probably seen an episode or two of Star Trek.  A 24th century sickbay is a haven of effective treatments and cures for unheard of ailments and inter-universal disease.  Once the patient arrives, a myriad of non-invasive tests are performed by waving a small blue flashlight over the affected individual.  Moments later, a diagnosis is confirmed and plan for treatment is set in place.  Recovery is almost always imminent.

21st century medicine is quite a bit different.  Finding out exactly what the issue is often involves ruling out all the things it isn’t.  Depending on the severity of the symptoms, this process can take a considerable amount of time.  I was reminded of this fact yesterday and came to realize that my perceptions of 21st century medicine are grossly out of sync with reality.

Your illness is very important to us. Please return for treatment during normal hours of operation.

My son and I walked into the pediatrician’s office, hopeful that a physician specializing in child development with an interest in psychiatry had the answers we were looking for. Dr. M, the highly regarded pediatrician and psychiatrist is retiring at the end of the year, however I was assured that another doctor with similar qualifications will see us today. The appointment involved an information gathering interview, essentially listing all the food my son eats and the effect under-nourishment has on his behaviour.  I talked about his fear of eating, his anxiety with unfamiliar food and how we are encouraging him to play with and poke at food that would otherwise frighten him.

The doctor hmm-ed and uh-huh-ed as she wrote scribbled notes and often interrupted my monologue of symptoms, concerns and issues with questions.

“Does he have any repetitive movements? Hand flapping, head banging?” No.  He does, however, have a twin sister.  There’s not really much that he does that she doesn’t also do.  She loves to draw, he likes to build and deconstruct.  He likes Transformers for this very reason.  He also likes trains, cars, rockets and kicking my butt on Wii RaceTrack.

“Does he like sports? How is he doing in school?”  He loves karate, climbing, and rides a bike without training wheels.  He climbs trees, walks, runs and jumps.  He’s learning French, addition, subtraction and grasping how multiplication works.  He know the alphabet, counts into thousands, and gets some basics of telling time.

He’s not adept at operating a pencil, but he knows his way around a keyboard.  His handwriting really isn’t any better or worse than any other six year old boy in his class.

“How is he socially?”  Depends what he’s been eating, but he has friends both in and out of school.  Yes, they share similar interests.  He can be very irritable when he hasn’t been eating properly.  The only place he struggles socially is when he is expected to interact with a vegetable.

As expected, the doctor referred us to a specialist to rule out the possibility of autism.  Approximately 75% of children on the autism spectrum also have feeding challenges.  It’s not a diagnosis I’m overly concerned about.  I don’t expect this theory to be confirmed, however, if we must embrace the unexpected, we will at least know our monster’s name and to set a place for it at the table.  An appointment likely won’t be available for at least six months.

“In the half hour you’ve observed him during this appointment, do you see anything that suggests autism is a possibility?”

“In this setting, no.” The doctor’s response has that reassuring but placating tone.  “However, the autism spectrum assessment takes several hours to complete.”

Fair enough.  While we live in diagnostic limbo until sometime next Spring, the pediatrician suggested we seek out a Dietitian.  She was pleased to know we already have an appointment scheduled for tomorrow and sympathized with my frustration as I explained our difficulty finding an Occupational Therapist, her next suggestion.

She also found it interesting that diet has a noticeable affect on my son’s behaviour.  The doctor is familiar with the autism diet and research that suggests healthy digestive flora improves symptoms in autistic children.  This research consistently suggests that decline (read an increase in symptoms) is rapid and improvement is very gradual.  My son’s behavioural decline is very gradual, almost unnoticeable.  Usually, I realize that he’s been off for a few days already.  Improvement is almost instant or within a few hours of drinking a shake with a high content of dairy fat.  This research is ongoing so there’s no way to know if this has any significance.

“And, to address the phobia of food, I will refer you to the hospital’s day and in-patient psychiatric unit for children and adolescents.”  Here, a multi-disciplinary team of professionals can examine other causes and recommend suitable courses of treatment.  We should be able to make an appointment in about eight weeks. 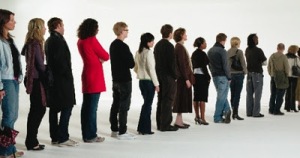 The line for the “take a number” ticket.

I do appreciate that this pediatrician is doing her best to guide us to the right resources, but there’s this sense that things are not clicking into place.  “Dr. M, came very highly recommended as the most qualified to be able to help my son overcome his eating challenges and food neophobia.  I also know that Dr. M is retiring.  I understand that you have the same qualifications? A pediatrician with a background in psychiatry?”

Yes, she is one of two pediatricians taking over Dr. M’s practice, she does not have a background in psychiatry.  “Now that I have a better understanding of why you were referred to this office, it looks like you probably should have seen Dr. M.  That information was obviously not communicated well.” 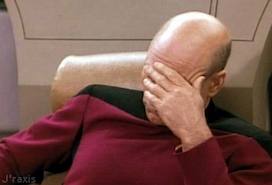 I fought a wave of helplessness leaving the pediatrician’s office.  My concerns were mis-communicated, crushing hopes for a quick solution.  When I thought of the effort it took to get this appointment in the first place, mostly, I felt like I had disappointed those who had helped to make this moment even possible.

I had disappointed my son.

A sci-fi fantasy and it’s 24th century approach to medicine bears little resemblance to reality. Here, in the now, the longer one spends waiting is actually a good thing.  The really sick, those with life threatening conditions are sent to the front of the line.  In that respect, waiting six months to either conclusively confirm high functioning autism or rule it out altogether is actually a blessing.

I learned that all the digging and reading and researching I’ve been doing is helping.  As long as we continue to forge ahead in the right direction, every single small step is progress.

My son will soon have access to a team of professionals that were not available to us before.

“How should I know? I’m an actor, not a doctor”

Despite my perceptions, this appointment produced some very encouraging results.  Unlike any TV medical drama, we will not solve all that ails us in a sixty minute episode with commercials for chicken and orange juice inserted to interest a captive audience.  Over the lifetime of the baby boomer generation, medical science has identified diseases and conditions that their parents never knew existed.  It is ignorance to assume that, with the dawn of the 21st century, medicine and science have no more discoveries to make.

We do not live in an idealistic fantasy of actors performing scenes with pre-scripted reactions.  We live in a kitchen, with an easy to access blender that mixes yogurt and high fat milk and cottage cheese with fruit and juice.  There is no script to let us know if this is sufficient nutrition for a growing and active six year old child.

Stay tuned.  This is our reality.

One response to “Boldly Going… Boldly”